/SCREAMS INTO THE NIGHT SKY/

It’s happened! I’ve gone and watched the whole of Haikyuu, 60 episodes in some 5 days. And It Was Awesome. You guys have no idea how happy I am that my wait was not long since I started watching s3 when there were 9 episodes and Friday was only 2 days away. Plus, I cheated and went to look at the manga to see how the season would end because I needed to know so bad! Possibly the worst cliffhanger e-v-e-r

Like always, spoilers for Season 1 and Season 2 are fair game!

Season 3 of Haikyuu picks up where season 2 left off, which is where Karasuno finally beat their nemesis Seijou, qualifying them for the Miyagi Prefecture Qualifiers where everyone knows they will face off against Shiratorizawa. If you ask me, it’s an abrupt end to the season since, at the end of episode 25, we do see Karasuno arriving at the gym and verbally facing off with Ushijima.

Unfortunately, for our Haikyuu invested hearts, season 3 is only 10 episodes long. The good news? Maybe we can get a season 4. I mean, there’s quite a bit of manga material!! (I cross my fingers for a 2017 release since there’s been a HQ season every year since it aired) 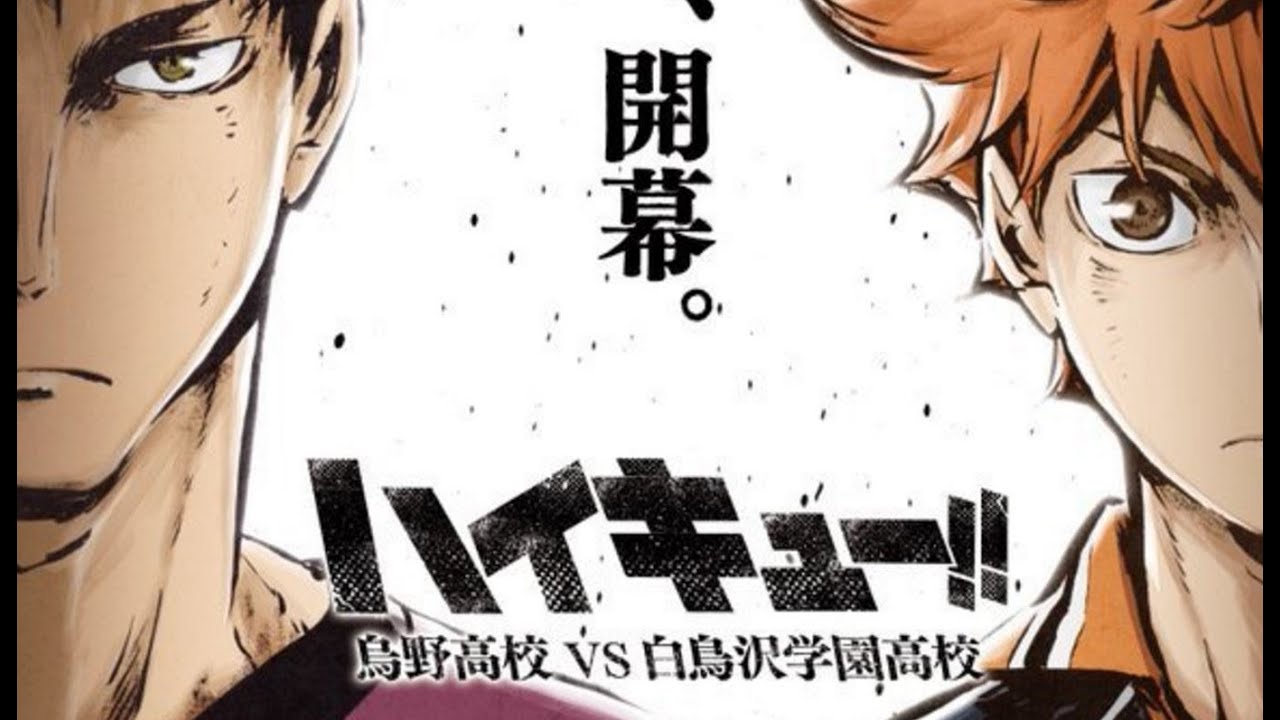 When I heard that season 3 was called Karasuno Koukou vs. Shiratorizawa I was confused. How were we going to have a whole series of just one match?! It soon became clear that ten episodes were exactly what we would need because, during the Prefecture Qualifiers, the match would last 5 sets (this is CRAZY)

Now, we have had 3 sets before (with Seijou) and we know that Nekoma and Karasuno can go for multiple games back to back, but that was during training. This was an actual game where losing meant you were out. How was everyone going to make it through the game? I was worried about their stamina!

Before even getting into the matches, we got some “new” characters that I was really excited about!! I’m not sure if I only mentioned this on Twitter (or maybe in a previous post), but I’d always wondered why Hinata’s old friends or family didn’t come and see his games, cheer him on

And we actually got their return! I was so happy to see them ^^ (not his family yet, but I’m still crossing my fingers! I really need someone to comment on how cute and alike his sister and he look)

Also, Tsukishima’s brother finally came to see a game! I thought it was super hilarious how he came in disguise and cowered at Tsukishima’s glares. Speaking of Tsukishima…

Season 3 was his time to SHINE. Yes, everyone did their best and played an amazing game against the strongest in their prefecture (is that what it’s called LOL) but Mr. Barely Does Any Work tried his best, had fun, and had his Moment! Out of everyone in the team (even those on the bench), Tsukishima was the late bloomer. Ever since he joined the club he’s never really shown passion for the sport and during the first days of the training camp in s2, he barely did any extra training. But then Kuroo and Bokuto happened and Tsukishima started to learn, do extra practice, and possibly Hope that he’d get his Moment and finally truly love volleyball.

I was so proud when he finally applied everything he learned and had his Moment! I even relished in his frustration

Honestly, I feel he was one of the top reasons Karasuno played so well. Yes, everyone did their best, but if Tsukishima hadn’t put his game face on Karasuno would have had a worse time. He really led the team well.

Of course, saying Tsukishima was the MVP doesn’t mean that all the others didn’t play their part. They did! Especially in the fifth set, in that moment where you don’t know if it’s safe to blink yet, your heart’s pounding, at the edge of your seat, some noises coming out of your mouth and you’re not sure if you should cheer in victory or start crying, you can’t breathe properly, will the ball drop, will they get it, oh snap they got it but it went over the net…!!

At that moment, the upperclassmen really showed everyone how reliable they were ^.^ Also, I really love that image with Ushijima weighing down on Karasuno and them pushing against them as a team

In terms of Shiratorizawa, it was slightly disappointing to learn they weren’t as badass as they were made out to be since s1. Yes, they were strong, but they didn’t really play as a team, which is one of the messages I felt this season (and s2) emphasized. Shiratorizawa played by putting strong individual members on the team and then having them be the focus. In a way, this match wasn’t just another game.

It was a message saying that you can overcome obstacles if you put your mind to it, that it doesn’t matter if you’re not talented or a genius because real strength isn’t just “Me” and “I” but “us”, that you’re not alone in your struggles, it’s ok to rely on others, and that hard work pays off (or at least that’s what it felt like to me).

Considering that in real life, everyone wants and expects you to be an expert in everything and that it is about individual strength, that everyone is your enemy; watching Haikyuu and receiving this positive message really brought my spirits up.

Aside from the message basically pushing us to cheer for Karasuno since the beginning, we also didn’t know anything about these characters so it was easier to dismiss them in a way.

Teams like Nekoma and Seijou had individual backstories and history with Karasuno. Shiratorizawa didn’t. I felt it tried to make us feel for the characters a bit by showing us things like Satori Tendo’s struggles as a kid, Ushijima’s introduction to volleyball, and Tsutomu Goshiki’s desire of becoming the Ace (eherm, Hinata), but it just wasn’t enough. I wish that instead of having built them up as this Untouchable Team, they could have been humanized.

Overall, I seriously enjoyed s3! Loved it actually. It was really amazing to see everything from s2 come together to completion (because damn Tsukki had to take his time lol). I’m super curious to see who their next opponents are and you guys BET I’m going to pick up the manga again because I’m an impatient weeb.

I did add this to my MAL and scored it a 9 for Great, though part of me is like give it a 10, but I don’t think I’ve ever rated anything a 10. Maybe a 9.5. As Haikyuu episode 1 to episode 60, I give it a 9 and seriously urge people to check this series out if you haven’t already

And since I’m talking about Haikyuu, this IS my favorite sports anime thus far. I haven’t watched many sports anime but I like it more than Kuroko and Daiya s1. While Kuroko is a great show, there’s just something about it that isn’t memorable or even relatable. I mean, what high schooler looks like Kagami? Plus, those moves are seriously non-human. As for Daiya, it is great and as many of you might know I did fangirl over it a lot a while back. I love  (almost all) the characters (be them friends or foes) because they’re relatable, but the pace is really slow and as much as it shouldn’t matter, it does.

So that makes Haikyuu my #1. Yuri on Ice is in its own category (and therefore I can’t really compare it) but I’ll talk about that more at a later date.

Can you guys see that my weakness are meganes? If not here’s another one (hehehe)

If you’ve watched Haikyuu, what did you think about s3? Overall? Were you guys at the edge of your seat too? I was lucky enough to watch 9 episodes straight but I’m sure those who watched this weekly were probably dying. If there is a s4, what do you guys hope for? I know that them moving onto Nationals means that the “Battle at the Trash Dump” may actually happen! (granted, Nekoma needs to win in their prefecture)